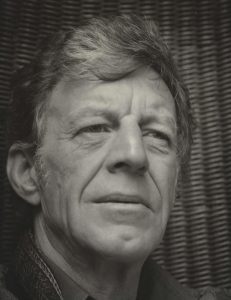 Ronald Julius Christensen grew up by the seaside and clam flats of Hough’s Neck, south of Boston, Massachusetts.  The changing colors of the sea and marshes, the flowers grown by his father to earn money during The Depression, colors sometimes soft and subtle, sometimes bright and radiant; those memories are clearly evident in his painting throughout his long career.

He had several childhood diseases, spending long hours in bed, but one day his grandfather gave him a pen with very black ink while he convalesced.  He later wrote, “I pressed it to the paper and drew a line, a simple black line, with no particular direction in mind, just looking for a place to go.  My line and I began a journey, first in a big drawing book, and then onto many pieces of paper…”

He graduated from high school in 1942 and joined the U.S. Army Air Corps.  He became a cartographer with the Intelligence Division before attending Pittsburgh University for special cadet training.  While stationed in the U.S., he designed posters for the Army. While serving in Guam, fellow soldiers asked him to paint pictures of their wives or sweethearts;  using coconuts, black-out shades, or the fuselages of airplanes as the ‘canvases’.

After the war, he returned to Hough’s Neck and worked as a clam digger and then had a construction job in a shipyard.  He studied at the Massachusetts School of Art and the School of the Museum of Fine Arts in Boston.  He was briefly married to his first wife, Mary, who was also attending art school, and they had a daughter.

In 1952 he was chosen to participate in a program called Art in Industry, so he moved to Louisville, Kentucky where he worked for Reynold’s Metals designing packaging and illustrating company brochures. There he met his second wife, Carolyn, on a blind date that fall.  She remembers noticing him as he walked into the bar ahead of her that night, a man wearing a camel hair coat and a homburg hat, very stylish and intriguing.

He lived in a walk-up studio on 3rd Street in Louisville then, an area by the Ohio River that was full of once-grand historical buildings, seedy local bars, and ghettoes.  His style of painting changed from realistic seascapes to a loose, interpretive combination of lines and shapes with color.  In 1953 he won 1st prize at the Louisville Women’s Club Art Show, and had his first exhibit of silkscreen prints and paintings at the Little Gallery in Louisville.

He returned to Boston in 1954 and devoted all his energy to painting.  Scenes from Beacon Hill and the Back Bay, as well as the wharves, the market districts, and the burlesques of Scollay Square were his inspirations.  He designed the cover for the Boston Arts Festival brochure that year, exhibited at the School of the Museum of Fine Arts, and had his first One Man Exhibition at the DeCordova and Dana Museum in Lincoln, Massachusetts.

In 1956 he and his wife and baby son moved into a house in Duxbury, Massachusetts and he began to paint the landscapes of Cape Cod.  The brilliance of the beaches resulted in a series of paintings of white on white, using textures and subtle colors, reducing his subjects to their simplest terms.  In 1957 a daughter was born, and that year he had his first exhibit of paintings in New York City.

A desire to study the colors and moods of Mexico led the family to move to Patzcuaro in 1958, where they lived for 6 months. Difficulty with transfers of money between the countries caused a return to the United States.  They stopped and lived briefly again in Louisville, where for a semester he taught silkscreening at the University of Louisville Art Center. They arrived back in Duxbury following the birth of their 3rd child in 1960, and then moved back to Boston in 1962.  Besides his painting, during this time there were numerous commercial commissions designing magazine covers, book jackets, and advertisements. He also taught Color Theory and Life Drawing at the New England School of Art.

After he and his wife separated in 1963, he moved to New York City, and remained there for almost 20 years.  He struggled through some very lean years, but beauty and color exploded from his paintings.  The Beilin Gallery hosted his first One Man Exhibit on Madison Avenue in New York City in 1966.  The invitation for that exhibit reads, “A tight, untidy clump of wildflowers, for instance, is an excuse – to take straight-from-the-jar color; then push it to higher intensity….His colors: unapologetic.  His textures: touchable.”

In 1968, he began exhibiting in Naples, Florida, where he soon met his future wife, Gale.  He took a trip to Amsterdam in 1972, and was entranced by all the flowers and the broad sky.  By 1977 he and Gale had started to renovate a small farm in the Allegheny foothills and shades of green began to dominate his work.  They began to spend the winter months in Naples, Florida, where the landscapes at first seemed uninteresting, but the skies captivated him with their extreme intensity and vivid color ranges. Pinks and mauves became essential to his palette.  In 1980 a collector of his work generously paid for a trip to both islands of New Zealand. The expansive views of valleys and mountains, fields ablaze with flowers and the deep pristine blues of lakes and rivers there had a great impact on his work. The paintings began to show a softening of his signature vibrant colors, where they seemed to melt together, but still retained the movement and spirit.

In 1981 he moved out of New York City permanently. In 1982 he was selected to represent the United States in the Museo Bogarin, a “museum of the road’, in Venezuela.  In a week, twenty-four artists from around the world each completed their own 2 X 4 meter painting; these were then erected along a hundred-mile stretch of highway. 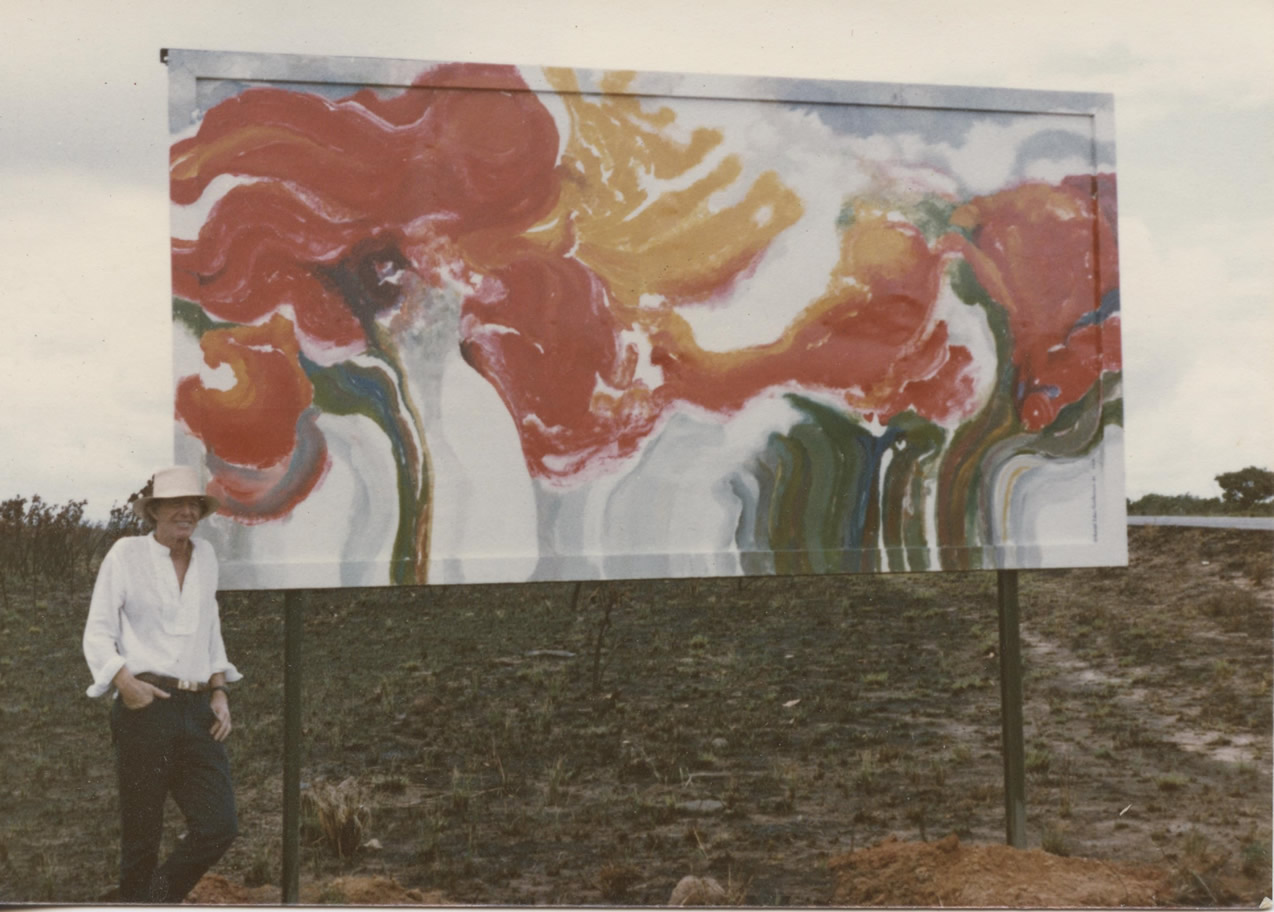 For the remainder of his life, his style remained similar to the impressionists, but with a strength and simplified directness.  He continued to paint and to exhibit until illness in the mid 1990s took its toll.  He had more than 75 One Man Exhibitions in his lifetime, and his work is in the collections of many museums.

In 1994 he wrote, “I love being a painter.  I love reflective atmospheres throwing light and shadows back and forth, constantly changing as the sun sets.  A brilliant intensity and fleeting peacefulness as the watercolors melt together, and I – I can take it all with me.”